By Janet Burns and Frank Rizzo

At least two Nassau municipalities have moved to scrub early 1970s abortion restrictions from their rulebooks after local electeds called for a review of “antiquated” laws leftover from an earlier, also volatile, era of U.S. history.
New York State Senator Anna M. Kaplan and Assemblywoman Gina L. Sillitti announced on September 8 that, based on a review of local municipal laws, several parts of Nassau County still had abortion-restricting laws in place that could limit families’ access to pregnancy termination care if New York State’s stance on abortion should change in the future. The announcement followed a series of passionate town meetings in the Town of North Hempstead, culminating in a repeal of just such a law.
The five municipalities identified by Kaplan and Sillitti’s teams included the Town of Hempstead, the Town of Oyster Bay, the Town of Huntington, the Village of Freeport, and the Village of Williston Park.

TRAP laws, trigger laws, and 2022
On Friday, June 24, the U.S. Supreme Court made a landmark ruling in the case of Dobbs v. Jackson Women’s Health Organization, serving to overrule both Roe v. Wade and Planned Parenthood v. Casey, two previous federal rulings that protected the right to pregnancy termination, a.k.a. abortion. Since then, state and local electeds have largely rushed to either prevent or to protect restrictions on abortion, many of which qualify as ‘trigger laws’ (i.e. state or local laws, whether longstanding or recent, which spring into effect if no longer superseded by federal law) and frequently involving what are known as TRAP laws.
The laws in question in Nassau County municipalities are both TRAP laws and trigger laws, by all common definitions.
According to PlannedParenthoodAction.org, “Targeted restrictions on abortion providers (TRAP) laws are costly, severe, and medically unnecessary requirements imposed on abortion providers and women’s health centers. Often pushed by anti-abortion politicians under the guise of ‘women’s health,’ the real aim of TRAP laws is to shut down abortion providers and make it more difficult for people to access abortion.”
According to the Guttmacher Institute, “While all abortion regulations apply to abortion clinics, some go so far as to apply to physicians’ offices where abortions are performed or even to sites where only medication abortion is administered. Most requirements apply states’ standards for ambulatory surgical centers to abortion clinics, even though surgical centers tend to provide more invasive and risky procedures and use higher levels of sedation … [and they] often include requirements for the physical plant, such as room size and corridor width, beyond what is necessary to ensure patient safety in the event of an emergency.”
As Bloomberg Law reported in August, “Anti-abortion states that unsuccessfully tried to require doctors who perform abortions to have admitting privileges at local hospitals are revisiting those old laws, just in case there’s a future swing away from the recent Dobbs decision.”
Based on Google searches over the course of this summer, there are currently two independent brick-and-mortar abortion providers in Nassau County, less than the number of ‘crisis pregnancy centers,’ which actively seek to deter patients from abortion but often show up in the same kinds of search results; when including hospitals, which (if nothing else) are legally required to provide emergency abortion services, the numbers are about equal.

Six Nassau municipalities had leftover laws; two have repealed
In the Town of North Hempstead, a recent decision to repeal its zoning-adjacent rule was unanimous. On Sept. 1, the Town of North Hempstead Board of Trustees rescinded Town Code Chapter 41-A, titled “Pregnancy Termination Facilities;” enacted in 1971, one year after the state made abortions legal, the law regulated “pregnancy termination facilities” and mandated that they be affiliated with hospitals.
Almost two-and-a-half hours were dedicated to Chapter 41-A at the public hearing and board discussion held on Sept. 1. Discussion of the repeal of the law, sponsored by Councilwoman Veronica Lurvey, took up a big chunk of the Aug. 4 town board meeting as well.
Town of North Hempstead Council Member Peter Zuckerman said in a statement, “North Hempstead recently took an important step to place further protections on abortion rights in our Town. We urge elected leaders throughout Long Island to follow in our footsteps.”
Before public comment at the Sept. 1 meeting, Lurvey stated, “All local laws regarding abortions must be carefully scrutinized. Often in laws that seem on their face reasonable, the reality is that they are enacted with an ulterior motive, especially laws enacted in the early 1970s, as this one was. The law makes it illegal to perform an abortion, whether it is done medically using prescribed drugs or otherwise, unless it is performed in a hospital or a facility administered by a hospital or facility having a hospital affiliation agreement. The law is antiquated and does not take into consideration the availability of medical abortions. Now, due to the advances in the field of medicine, a woman can take medication prescribed by a doctor in the privacy of her own home. Chapter 41-A is not just antiquated, but it places an undue burden on a woman who may want to terminate her pregnancy as well as on the medical professionals performing the procedure.”
Lurvey added, “I would like to take a brief moment to clarify a few points. The repeal of 41-A is not a zoning change. As we heard earlier, medical offices or clinics that may offer abortion procedures will not be popping up all over the place in residential areas. The repeal of 41-A will also not result in the town funding of abortions. These are just some things that came through by email. There is confusion because we are in a post-Roe world following decades of certainty around abortion restrictions. We now have uncertainty. A woman vulnerable and faced with a difficult decision should not have to engage in legal analysis to determine which laws apply to her and which don’t. The town board has no business entering the procedure room or a woman’s medicine cabinet and getting involved in these types of decisions. The town should not have a say and should not be putting an undue burden on a woman’s right to choose.”
The Town of Oyster Bay was next to repeal, but more circumspect about the act itself. A representative for the Town of Oyster Bay commented on September 13, “The decades-old Town Code was outdated, unenforceable and had zero impact as State law has long superseded the 1971 code … To prevent further political games and false flag attempts to scare the public, the Town Board voted to remove this outdated section from the Town Code, even though it has had no impact on the public for over 50 years.” 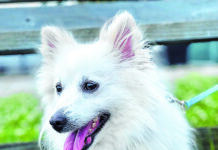