Three Jericho High School seniors were named Regeneron Scholars out of a total of 300 students who were nationally named scholars. This contest was formerly known as the Intel Science Talent Search. The three Jericho students are Sara Chan, Janice Rateshwar and Ethan Wang.

“Congratulations to this year’s 300 Regeneron Science Talent Search scholars for their remarkable contributions and discoveries in the STEM field,” said Christina Chan, Senior Vice President, Corporate Communications and Citizenship at Regeneron. “We are honored to celebrate this new generation of problem solvers who have demonstrated the depth of their innovative thinking, commitment to continuous learning, and ability to tackle global challenges in creative ways.”

The Regeneron Science Talent Search scholars were selected from 1,993 applications received from 659 high schools across 49 states, Washington D.C., Puerto Rico, Guam and eight countries. Scholars were chosen based on their exceptional research skills, commitment to academics, innovative thinking and promise as scientists and hail from 192 American and international high schools in 39 states and Guam.

Sara Chan
Project Title: A Study of Polarization in Media During the Age of Media Consolidation and Social Media through a Sentiment Analysis of the New York Times and Wall Street Journal.

“Amid an unprecedented and ongoing global health crisis, we are incredibly inspired to see such an extraordinary group of young leaders who are using the power of STEM to solve the world’s most intractable challenges,” said Maya Ajmera, President and CEO of Society for Science, publisher of Science News and 1985 Science Talent Search alum. “The ingenuity and creativity that each one of these scholars possesses has shown just how much intellectual curiosity and passion can thrive, even in difficult times.”

—Submitted by the Jericho School District 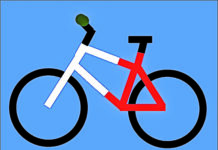