Over the course of the fall term, students have noticed the transition from the projector SMART Boards to the new and improved units. 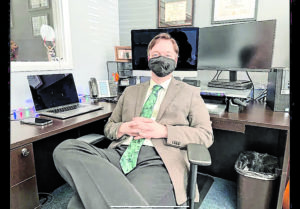 The Jericho School District had been using the old SMART Boards, SB660, for around 15 years. Curriculum Associate of English Language Arts Dr. Daniel Salzman helped lead an initiative to bring the technology to Jericho. He said, “I was a part of a team consisting of the Director of Technology at the time, Mark Steinberger, and our Superintendent, Henry Grishman. We went to a neighboring school district and saw the SMART Boards in action.”

Fifteen successful years later, the Jericho School District decided that it was time for an upgrade. Director of Educational Technology Patrick Fogarty said, “The boards were getting kind of old and some of them weren’t working very well. There were a lot of times where teachers were talking to us about them not functioning.”

One of the issues with the older models was that they used a projector for the screen, which made it easy for the teachers to walk through and disturb the projection.

The new SMART Boards contain many updated features including a different erasing style, fewer pens and screen sharing. “Everybody in the class can stream, but you have to be allowed by the teacher. You can’t just jump in,” said Dr. Fogarty.

Another new feature is their higher sensitivity. Dr. Fogarty explained that the new SMART Boards don’t need to be physically calibrated, a time-consuming process that, in the past, needed to happen as often as multiple times a day.

On the other hand, junior Jennifer A. is less enthusiastic about the increased sensitivity. She said, “I think it looks really good until the SMART Board has a mind of its own whenever a single hair lays on it and it moves.”

While sensitivity and struggling to use the boards is a current problem, with more and more teacher training, the new technology will improve learning substantially.

Dr. Salzman compared the process to getting a new toy or video game. “When you’re a gamer, you might get a new controller and it’s a new layout of buttons. You could claim it’s affecting your performance in the game, but once you know how to use it, your performance will improve,” he said.

Currently, the goal is to have every classroom outfitted with a new SMART Board. This pleases Dr. Salzman. “Anytime you can get something state of the art, it’s a win for both students and teachers,” he said. 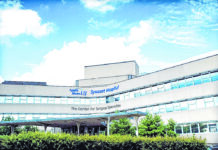