Going into its 201st year of operation, the Jericho Cider Mill had to make the tough decision to cancel its bicenntennial celebration last year due to the pandemic. Now, owner Ted Ketsoglou and the entire mill will be celebrating the momentous milestone retroactively after getting through the peak of COVID.

“To be part of a 200-year celebration is something that words can’t describe,” Ketsoglou said. “The opportunity to be a part of it is special.”

During the peak of the pandemic, he said that it was a treat for shoppers to snack on apple cider donuts and pies.

And the mill has no problem keeping up with demand.

During the holiday season – September, October and November – Jericho Cider Mill will produce 1,800 gallons a day of its famous cider, 12,000 pies during Thanksgiving week alone, and 5,000 to 6,000 apple cider donuts. 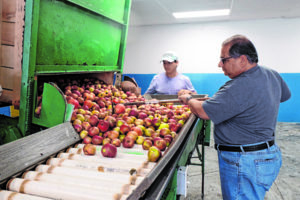 The Jericho Cider Mill was founded in the 1800s in a three-story barn. Ketsoglou said that although the exact date and year isn’t known, bottles of cider were found dating back to 1840, so he and past owners figured the mill started in 1820. It’s one of the oldest businesses in Nassau County.

Before customers even enter into the shop, the sweet smell of pies, donuts and cider wafts in the air.

Ketsoglou said the mill’s pies are so well-known because the recipe hasn’t changed since their introduction in 1962. Since then, the ingredients have been all-natural with no preservatives, and the pies have always been made on-site.

The mill introduced its apple cider donuts in 2017 using a unique way to make the sweet confections. The donuts are baked rather than fried and soaked in apple cider before they’re made. Beyond being sold in its rustic shop, the donuts are distributed in stores throughout Nassau County. Different homemade products, like jams, butters, ice cream and frozen apple cider can also be picked up in the store.

As for the cider that made Jericho Cider Mill so famous, the process starts with New York State apples from the Hudson Valley, the way it’s been since the mill started making cider in 1820. The apples are brought in on a conveyor belt, washed and brought up to the second floor of the facility. The apples are crushed and the pulp gets dropped into a 1961 wine press. From there, the juices are squeezed out of the pulp, pasteurized and bottled.

Though production stayed up during the pandemic, Ketsoglou said the prices of goods and workers in the facility became a difficult roadblock.

Technically, the cider mill has now been around for 201 years, but celebrating the 200th year of existence last year wasn’t possible because of COVID. But that doesn’t mean the mill will skip the party this time around.

The outdoor celebration, slated for Oct. 16, will feature local and state government officials to present proclamations to honor the tradition of the production of the all-natural, no-preservative cider.

“It’s great that they’re honoring the Jericho Cider Mill,” said Ketsoglou. “It’s a tradition of producing the best cider in this region.”

Through COVID, Ketsoglou said it’s been able to still talk with shoppers like he has for the past six years as owner. “It’s an incredible feeling to stand outside to greet people and talk to them about the memories they’ve had for generations,” he said. 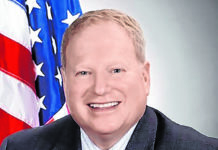