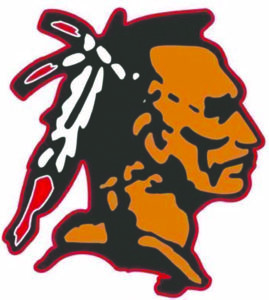 Syosset High School is being pressured by students and community members to change its mascot. Eighteen years ago, Syosset made a transition by renaming its athletic department the Braves after years of being coined the Red Hawks.

Since then, a Native American caricature has served as the mascot for the Braves.
A petition on the well-known community organizer change.org is calling for Syosset to change its mascot and remove the Native American from the Syosset School District completely. The petition, which can be seen at www.change.org/p/syosset-high-school-change-the-syosset-braves-mascot, has more than 1,100 signatures.

“It’s indefensible that the school has kept this insensitive and offensive mascot up for so long,” Andrea Ruggiero commented on the petition. “If not now, then when?”

The petition was created by Shivaangi Salhotra, a student at Syosset High School. Salhotra states that since Syosset is part of the National Blue Ribbon Schools Program, “it is necessary to be sensitive towards racial issues in the district.” It goes on to state several reasons as to why Syosset needs to change its mascot, namely because of lack of respect for Native American culture in a region where this group of people were persecuted.

“Having an offensive image represent our school district sets a precedent for potential insensitive actions taken in the future,” the petition states. “While multiple efforts have been unsuccessfully made to change the mascot in the past, given the current political climate, hopefully progress can be made. Especially in the 21st century, it is incorrect to let racist symbols from a time marked by racism and bigotry define us in the name of tradition.”

A district spokesperson did respond to a request for comment on the matter. The Syosset Board of Education voted to keep the Braves name and logo.

“The board is aware of the community petition regarding the term ‘Braves,’” the district spokesperson said. “This summer, the [Syosset] Board of Education held public discussion about the subject over the course of two board meetings. At the close of discussion, a motion made to discontinue the use of the ‘Braves’ moniker and mascot and seek public involvement in identifying a successor did not pass.”

The petition does not ask for Syosset to remove the Braves’ nickname from any of the district’s sports teams.

“A marginalized group’s culture is not meant to be appropriated so your stupid sports teams can feel good about themselves,” Jaya Dhanraj said on the petition. “No, it’s not honoring their culture or their people, it’s erasing it into a symbol for your own profit. This is 2020, but honestly, should we surprised that a school in the racist.”

The Atlanta Braves of Major League Baseball are also currently going through a reevaluation of the team’s culture based on its mascot. The Braves, as well as the Kansas City Chiefs of the National Football League, traditionally see fans celebrate by performing a “Tomahawk Chop.” The “Tomahawk Chop” is a controversial celebration where fans imitate a Native American chant, but it is one also seen as highly popular among fans of these teams.