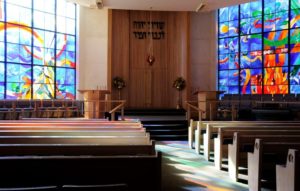 And then, nothing was the same.

It didn’t happen at once; it was a quick gradual progression. At first, it was “we heard about this thing” to “it’s a virus but we don’t know if it’s anything to worry about” to “yeah, maybe it is something to be concerned about” to “this might be real” to “this is bad” to “oh wow.” At each status change, things shut down from the outside into the center. There were fewer people on the train with each passing day. At the end of the second week, they said work from home. It’s been seven weeks now and I have to tell you I miss people. Like everyone else, we’ve adapted to this hopefully temporary new normal. Adapted, but not crazy about it; there is really no choice, so you must make the best of it.

Everyone has been touched by this in one way or another and we collectively wonder how long this will last. But guess what, we are optimistic and even after the number of times we’ve stared into the dark, we know that there will be a tomorrow. We just don’t know what it will look like yet.

Until that day comes, we must try to maintain some kind of normal. Two months ago, if you walked into a store and there was a person wearing a mask talking to the cashier you would have thought this was not going to end well. Today it’s a Tuesday and it’s perfectly normal.

All of this brings me to our congregation at Temple Or Elohim, a Community Reform Congregation in Jericho. Without prompting, members of the clergy, school, office staff, officers, board members and committee members sprang into action making the tough decisions related to the basic question of “how can we help?” All of a sudden, I went from being on conference and video calls all day to doing the same thing at night. The first couple of meetings were shall we say interesting, as folks new to the technology adapted to it.

Like the rest of the world, each time there was an update calling for more caution we adapted. We continually clean the building, limit attendance at Bar and Bat Mitzvah services, and promote the streaming of all services instead. We canceled in-person religious school and any classes and began to Zoom them. We shut the building down and moved everything to virtual, including virtual committee and board meetings. Even the office staff works remotely. We increased communications to the congregation via streaming, webpage, email and social media. Services, both current and past, are available to stream whenever you want to see them, whether live or pre-recorded.

The challenge was not physical, but spiritual. Some folks were scared, some alone, some sick, and some were every permutation of these you can think of. Our rabbi, cantor and the director of education reached out to the members of the congregation. People reached out to each other. Things like Roundtable Rap helped bring people together. We continued to hold services with just the clergy and piano player so they could continue to feed the spiritual appetite of the congregation. When it came time for a scheduled Bar or Bat Mitzvah, they were held with only the family and clergy in the sanctuary while the service was streamed.

At the same time the focus was on “today,” we also started thinking about the future and planning for it no matter what it looks like. This is an ongoing effort.

Planning and doing, all these people pitching in to help, it’s actually a pretty incredible thing to be able to observe. Normally a congregation requires a lot of time and people to be able to function. Now let’s complicate that by all the things we can’t do now, and it’s pretty easy to see that there is a lot of love and passion being given freely to keep the congregation a congregation. Why? Because people figured that if the congregation was important to them it must be important to others as well.  The reality of it was that all of us faced bouts of boredom. All these meetings not only helped the congregation but also gave people something to do that kept the creative and innovative juices flowing.

Why tell you all of this? It’s not for a pat on the back; no, not at all. It’s because something remarkable happened and you should know about it. It speaks volumes about who we are and who we will be in the future.

Should Dr. Howard Zucker Be Questioned?