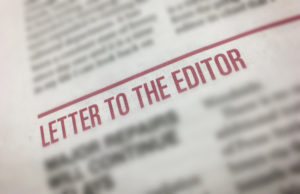 Dr. Zucker had a previous New York State role as the first deputy commissioner. He worked on the State Department of Health’s preparedness and response intiatives for natural disasters and emergencies.

Zucker had previous experience as a “White House Fellow” during 9/11, under then-Health and Human Services Secretary Tommy Thompson, so here is someone that had nearly 20 years to study disasters as they might effect the healthcare system.

Given Dr. Zucker’s extensive background, access to health experts, and previous experience at the World Health Organization, one must ask what he knew about coronavirus (COVID-19) during the months from December 2019 to February 2020?

Why did Dr. Zucker mention a surge of influenza cases in December of 2019 in a January 9, 2020 press release, but did little until March of that year?

Why did every single press release omit references to China and other countries until January 24? Did he know what was happening in China and not tell Governor Andrew Cuomo at the time?

In the January 24 press release, Governor Cuomo said, “I want to assure New Yorkers that we are prepared.”

How exactly was New York State prepared for the surge in influenza or something worse, which turned out to be COVID-19? What response initiatives were in place?

In the same January 24 press release, Dr. Zucker said, “This virus is being carefully monitored at federal, state and city levels to ensure the public’s health and safety, and while awareness is important, the current risk to New Yorkers is low.”

Really, a surge in influenza cases in December of 2019, and now the risk to New Yorkers is low?

As far back as January 3, the press release from the New York State Department of Health says, “The latest influenza surveillance report shows another sharp increase in flu cases and flu-associated hospitalizations. Lab-confirmed influenza up 34 percent from the previous week.”

Was the State’s Health Commissioner reaching out to hospitals to make sure they were prepared for this “surge”? Were any records of phone calls or emails sent?

Was our state’s top health official informed and, if so, were any alarms sounded at our State level?

After President Donald Trump limited travel from China, did Dr. Zucker or Governor Cuomo discuss the situation and map out a plan of action?

In a February 2 press release, Dr. Zucker said that the “bottom line, as this public health response evolves, we continue to be prepared.”

On February 20, Dr. Zucker publicly recommended that “people should remain vigilant by getting vaccinated.”

This is followed by Governor Cuomo, in a press release on February 27, stating, “If you haven’t already been vaccinated it’s not too late. I urge you to get a vaccine.”

Within a week, in a March 1 statement, Governor Cuomo informed the public of the first case of the coronavirus in New York State, adding that “there is no reason for undue anxiety – the general risk remains low in New York.”

Wouldn’t Dr. Zucker have access to his former colleagues and a presumably long list of contacts of health experts around the world?

Did he discuss the situation with the CDC or anyone at the federal, state, or city level?

What exactly did he know and fail to disclose, either to Governor Cuomo or all New Yorkers?

If Dr. Zucker was negligent, he should be held accountable. There are numerous questions that must be answered. All New Yorkers deserve the truth.