Home Fire & Police Nobody Injured In Range Rover Fire
Share on Facebook
Tweet on Twitter
The driver of a Range Rover was not injured on April 1 at 11:43 a.m. after the vehicle went on fire on North Marginal Road by North Broadway in Jericho.
The Jericho Volunteer Fire Department responded and extinguished the fully involved vehicle.
No injuries were reported, but the Range Rover was destroyed.
The North Service Road to the Long Island Expressway was closed just before North Broadway for about an hour as crews operated at the scene. 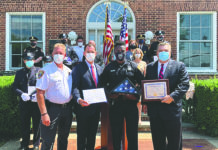 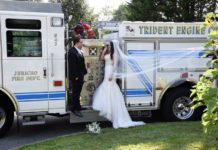