Jewish values and practices are complicated, with questions often leading to more curiosities, rather than simple answers. After years upon years of dealing with complex inquiries by those within the Jewish faith, Midway Jewish Center’s Rabbi Perry Raphael Rank decided it was time to face the issues head on.

Rank, who also goes by Rafi, has been the spiritual leader of the Syosset congregation since 1999. From 2004-06, he served as president of the Rabbinical Assembly, the lead authority in conservative Judaism.

So when he decided to pen a book three years ago, it was clear this was someone who is more than capable of answering difficult questions. A Full-Figured Faith: The Expanding Effects of Doubt and Skepticism on an Evolving Jewish Faith encourages people to ask more questions, whether it’s about Judaism, Zionism, why Jews must marry other Jews and more. While some may feel traditional ways of li 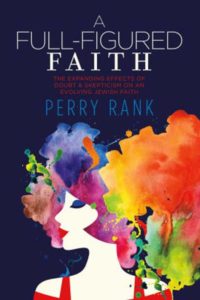 fe may push them away from religious beliefs, Rank believes it can actually enhance their faith.

Rank spoke with the Syosset-Jericho Tribune to discuss his new book, available on Amazon and Barnes and Noble, the difficult questions that come up in it and more.

Q: What made you want to write this book?
A: The book stemmed from a series of lectures I gave at my synagogue. I took a topic and wrote about it. Then, I read the essay to a group of people who were convening. I allowed them to reflect on it and relate it to their own experiences. I used their feedback as a way to modify the lectures and then, the essay.

Q: What makes this different from books written by other rabbis throughout the country?
A: I bring my own perspective to these issues. These are all issues about doubt and skepticism when it comes to traditional beliefs or practices. I’ve heard of these doubts and addressed the skepticism throughout my career. When I have sat down with people and spoke to them about their doubts, whether it’s about Heaven, miracles, authorship of the Bible or whatever it might be, they have walked away comforted by the fact their doubt doesn’t undermine their faith.

Q: What’s the reaction of the book been like thus far?
A: So far, the reaction has been positive. I’m hoping a greater number of people will read it and perhaps, it will reach the wider community, whether it’s Christians or Muslims. They can find some benefits in reading these essays.

Q: What’s the biggest lesson you want people to take away from this book?
A: What you should expect to learn in questioning is really part of things and not antithetical. When we question and try to ascertain the truth—as far as we can understand it—we are really involved in a faith exercise, not an attack on faith. Whenever you grapple with faith, you are part of it.

Q: What made you want to write this book?
A: I love to write. I always regard writing as a spiritual exercise of sorts. Beyond that, I know we live in a world that is suspicious of religious institutions and questions the existence of G-d. People are somewhat disenfranchised from religious authority, and that’s the world my grandchildren are growing up in. At some point, they too will be faced with questions and doubt. I wanted to write something for them, and I dedicated the book to them—Nathan, Ayden, Arianna and Meital. 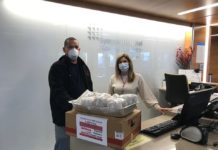