The Syosset Fire Department received multiple phone calls for a report of a car into a building in the Shop Rite Shopping Center on Woodbury Road on Aug. 22. 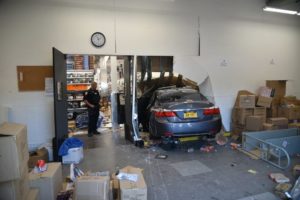 Arriving units found a car into the rear of Amazing Savings. The driver of this Honda was not injured after losing control in the Shop Rite shopping center parking lot and crashing through the loading dock door and into the store. One person inside the store was seriously injured and the passenger was removed by Syosset firefighters.

The store sustained heavy damage and the Town of Oyster Bay Building Deptartment was called to inspect the building. 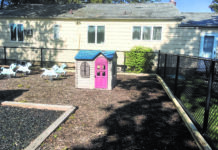