Arthur Katz will be honored by the Holocaust Memorial and Tolerance Center of Nassau County (HMTC) on July 29 for his commitment to Holocaust-based education.

“I grew up in a family who had family that was affected by the Holocaust,” Katz said. “There were people who couldn’t get out. What brings me to the table is those stories.”

The Jericho native, who’s dedicated to spreading Holocaust education across the island and beyond, will be honored during HMTC’s 11th annual Golf and Games Outing, held at the Engineers Country Club in Roslyn Harbor. All proceeds of the day go to support HMTC’s programming, which uses the history and lessons of the Holocaust to teach about the dangers of antisemitism, bullying, racism and all other manifestations of intolerance.

“I was very involved in the rescue and resettlement of Jews from the former Soviet Union,” he said, explaining the origins of his involvement in Holocaust awareness. “Glen Cove, where the museum also is, played a key role in the movement because the Soviet’s had a compound and still do on Dosoris Lane, although it’s off limits right now. It taught me that one person can make a difference. I was very involved in demonstrations. I stood for the Long Island movement for Soviet Jewry. When you sit at a table and hear about the Holocaust, and now you have Jews being imprisoned in the Soviet Union, it gives you the opportunity to say we won’t ever let this happen again.”

One-third of Americans believe 2 million Jews were killed during the Holocaust, rather than the well-documented 6 million murdered victims, each of whom the Nazis kept records of, according to a 2019 survey by the Claims Conference.

Katz has been involved since the center, located in Glen Cove, was created in 1992. Recently, he became a member of the organization’s board of directors.

“There’s such a culture of people not being kind to each other,” he said. “There seems to be a gap, where many younger people and many politicians have no clue what the Holocaust was and the horrors that people suffered.”

“The Holocaust Museum today lets younger people today learn about what happened,” Katz said. “One person is not allowed, according to the Torah, to stand by and let someone be hurt by someone else. This is a way of learning about it and encouraging people to stand up, even if it’s by a bully. It brings you to the individual level of students on Long Island.”
Returning this year to the event will be the very popular Mahjong and card games, including an exclusive boutique shopping experience.

Katz lives in Jericho with his wife Barbara. They have two daughters and four grandchildren. He is currently president of Knockout Pest Control in Uniondale, a company he founded in 1975, which serves the New York metropolitan area. 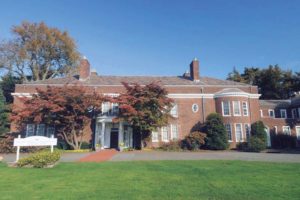 Alongside of Katz will be Harriet Becker, who is also being honored by the HMTC during the gaming portion of the event. Becker is one of the organization’s most dedicated volunteers, who served as a deputy mayor, as well as a police and park commissioner in Great Neck Estates.

In addition to her work at HMTC, Becker serves on the board of directors of the Gold Coast Arts Center, Great Neck Community Fund, Great Neck Community Education, where she conducts special events and trips and is the fundraiser for Rach Out America. She and her husband Eugene currently reside in Great Neck. 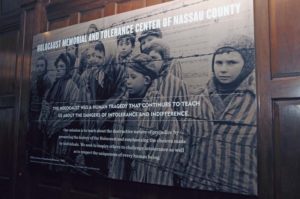 Those playing games will start their day at 11:30 a.m. with registration and boutique shopping. Brunch is at noon and games start at 1 p.m. The cost is $125 per person for the games group, which includes brunch, boutique shopping, games and refreshments.

For more information, contact Deborah Lom at 516-571-8040 or dlom@hmtcli.org. To register, visit www.hmtcli.org/golf.