The summer is known for blockbuster films, but the Cultural Arts Playhouse in Syosset is putting on a number of big name theater performances this season.

Productions of Mamma Mia!, Rocky Horror Picture Show and Bring It On: The Musical will each be featured in the coming months. The latter of those bolsters music written by Tom Kitt and Lin-Manuel Miranda. With this show, Cultural Arts Playhouse Artistic and Resident Director Tony Frangipane hopes to expose Long Islanders to something they haven’t seen before. 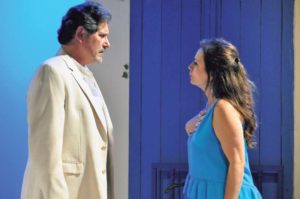 “We are trying to bring a new show to audiences on Long Island that has some name recognition because of the authors, but maybe not show recognition,” Frangipane said. “We try to balance the season out with big name shows and classic shows.”

The theater seats about 170 people. Since its opening in 1995, they have witnessed 35 students and actors appear on Broadway.

Rocky Horror Picture Show will be performed at midnight in an effort to highlight the play’s gothic theme. Given the proximity to New York City, that sort of promotion is necessary for drawing theatergoers.

“The challenge for every theater is to get your name out there, and to have people know where we are and who we are,” Frangipane said. “We do good shows. Solid production. They are well-priced, but people on the edge of Nassau and Suffolk go into the city. But you don’t have to go into the city to see good entertainment.”

The Cultural Arts Playhouse also features a number of summer theater programs that are geared towards children of all ages. This summer, the older cohort of the Young People’s Theater program, where children receive instruction from theater staff, will perform in Bring It On: The Musical, while the younger group make up the cast for Once on This Island. Frangipane explains that these lessons pay dividends. 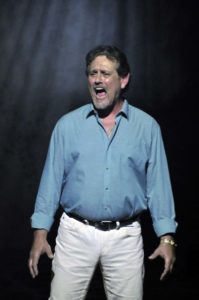 That level of camaraderie extends to adults, such as Carmela Newman, a musical director and actress at the Playhouse. With her son working the soundboard, Newman appears in Mamma Mia! opposite her husband. But the bonds she’s formed within the theater extend beyond her immediate family.

“What brings me the most pride is dealing with a creative team,” Newman said. “I love the interactions. All the dynamics and little idiosyncrasies between the director, stage manager and the production team. The journey of putting the whole thing together.”

For those interested in being a part of that journey, the Playhouse will be holding auditions for the musical Jekyll and Hyde on July 14 and July 16.

Vinny Ball is a graduate student at Stony Brook University.