Two synagogues in the area have agreed to consolidate and operate under one roof. Congregations from Temple Or Elohim in Jericho and the Community Reform Temple in Westbury are set to vote on a consolidation plan this week, which would merge the two and operate at the Jericho location. 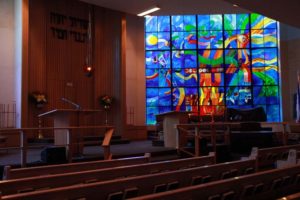 for the last 27 years, will become the rabbi of the new synagogue, barring any unforeseen circumstances. She will work alongside Cantor David Katz, who has been with Temple Or Elohim for several years.

“There will be more activities,” Cohen-Rosenberg said. “This is not my first rodeo. It just felt very natural.”

When Temple Or Elohim began looking for a new rabbi about a year ago, the congregation’s leaders went to the Community Reform Temple, hoping there was a mutual interest in merging the two, with Cohen-Rosenberg leading the way. Since then, the congregations have attended each other’s services and worked on multiple events together, such as a recent cantorial concert, a wine and cheese night and more.

“The rabbi coming to us has a great reputation and she’s so respected,” Deborah Tract, director of education at Temple Or Elohim, said. “I just went to a bar mitzvah in Baltimore and there were a lot of Long Island people there who know Rabbi Judy. It was the talk all over tables in Baltimore. She’s loved by everybody.” 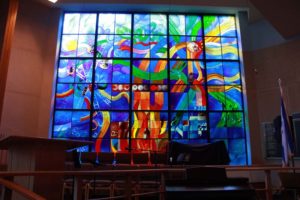 “I don’t think I’ve ever been this excited,” Tract said. “I love this rabbi.”

With the consolidation plan in place, the new synagogue will be called Temple Or Elohim, A Community Reform Congregation. The boards of the synagogue have already voted to create one board to take over once the congregations officially approve the plan. The Sisterhood and Men’s Clubs will also have co-presidents, creating a more active environment in the Jericho community.

On June 30, the Community Reform Temple will carry their Torahs from the synagogue to Old Country Road. From there, they will get in cars, head to Jericho and walk about a mile to Temple Or Elohim, officially creating the new congregation.