Do not mess with Allison Ng. She appears to be a shy teenager. But in reality, she’s one of the strongest badminton players in the nation.

“She’s fantastic,” head coach Mark Burkowsky said. “She’s a quiet and shy girl. But on the court, you would never know it. She’s as quick as lightning, has amazing foot work and a selection of shots that come from anywhere.”

The individual title is Ng’s second straight for Jericho. As a sophomore, she is determined to continue growing this team for the next two years.

“The goal is to keep our title as county champions,” she said. “I need to be more confident in myself.”

Over the course of five years, Ng’s confidence has grown exponentially. When she hits the court, opponents know she is a force to be reckoned with.

Badminton, which originated in 19th century Britain, is one of the more unconventional sports in modern-day America. Few play it seriously, mostly as a recreational activity. But for those who join varsity teams, scholarships and potential Olympic stardom can occur.

Currently, Ng is focused on the present. She wants to win title No. 3 for the Jayhawks.

With Burkowsky’s leadership, Ng can very well become one of—if not the best—badminton stars in the history of Long Island.

“It’s pretty fun,” Ng said. “It’s a bit hard, but all of the people on the team and the coach makes it a fun place to be at. I thought badminton is an interesting sport because people always think of it as something to play for fun. When I started going into badminton, the people who were already playing were really good at it. I wanted to be better than them.”

What did you think of this article? Share your thoughts with me at jwolkin@antonmediagroup.com. 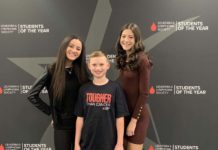 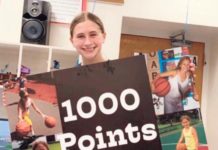