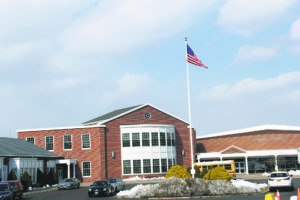 Now, Jericho is being recognized throughout the Empire State for its unique experience. Jericho has been named as No. 1 on Niche.com’s list of best places to raise a family in New York. Additionally, Syosset also joined the list, coming in at No. 4.

Among the factors that placed Jericho at the top of the list includes the cost of living, local housing, area public schools, diversity and walkability. Niche.com also lists Jericho as the No. 1 suburb to live in. Throughout all of America, Jericho is the fifth-best place to raise a family in, according to Niche. Additionally, it’s ranked No. 4 on the best suburbs to raise a family in America list, an honor local politicians are quite proud of. 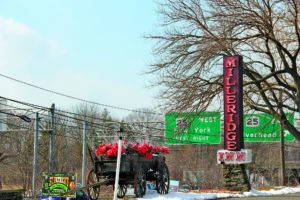 “Jericho is a shining example of a community that embraces diversity and fosters a flourishing environment for residents of all backgrounds, races and religions,” Legislator Arnold Drucker said. “The byproduct of that diversity is Jericho’s remarkable public schools, which were also recently ranked No. 1 in the nation by Niche.com and have enriched the lives of countless students educationally and socially.”

As Drucker points out, Niche.com lists Jericho as the area with the best public schools in New York.

Jericho is home to about 14,000 residents, according to the 2010 U.S. Census. The area is constantly thriving, and that’s also put Jericho on top of several Nassau County categories.

“Jericho might be a smaller town, but it is filled with great things,” one resident said on the rankings. “Everyone here is highly motivated. There are many things nearby and so much to do. It is a very diverse town and people have similar goals.”

Syosset also did well in the Niche.com report. Besides that top-five ranking, Syosset is fifth in the best public schools report. It is also the 16th-best place to live in New York.

What did you think of this article? Share your thoughts with me at jwolkin@anton mediagroup.com.