A recent investigation by the Nassau County District Attorney’s (NCDA) office led to the re-arrest of 48-year-old Syosset financial advisor Matthew Eckstein. He was charged with two counts of second-degree grand larceny, two counts of fourth-degree conspiracy and one count of first-degree scheme to defraud. Also arraigned was 54-year-old Stroudsburg, PA, financial advisor Kevin Brody, who was arraigned on the same charges. District Attorney Madeline Singas announced the pair allegedly scammed at least 40 people—many seniors—out of more than $10 million in a Ponzi scheme.
Brody was released on $75,000 bail and Eckstein remains out on the $75,000 bond he posted following his previous arrest. The defendants are due back in court on Oct. 3 and if convicted, they face a maximum of five to 15 years in prison.
Singas said that beginning in January 2015, an elderly victim for whom Eckstein worked as a personal accountant and financial advisor, agreed to invest approximately $385,000 into a Hicksville-based company owned by the defendants, Conmac Funding Corporation, at his urging. At that time, Eckstein, who was a registered CPA, assured his client that the investment was safe.

After waiting for two years, the victim requested the return of the money in January 2017 but received a payment of only $26,699. At that time, the defendant allegedly claimed that Conmac Funding was an insurance company and her money had to be paid back in installments.
An investigation was started in November 2017 after the elderly victim reported the incident to officials. A search warrant in April 2018 at Eckstein’s home office yielded thousands of pages of financial documents.
At the time of Eckstein’s original arrest in June 2018, the NCDA was aware of at least 14 people allegedly victimized by Eckstein. Since then, at least 26 more victims were found to have allegedly been scammed by the defendants out of a total of $10 million. In total—at least 40 victims came forward—allowing the NCDA to upgrade its charges and arrest Brody in connection with the alleged scheme.

Some of the victims thought they were investing in something like a certificate of deposit with a guaranteed interest rate, others were told that the money would be used to finance premium insurance loans.
Instead of investing the money into Conmac, the defendants are accused of using the money to fund other business enterprises, including hamburger restaurants, personal purchases and paying other victims of the scheme.
Additionally, Eckstein allegedly used some of the stolen funds for the down payment on his home, which has a swimming pool and tennis court. 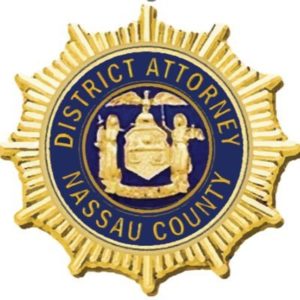 Eckstein and Brody also allegedly provided the victims with a username and password for www.conmacfunding.com to view their account statement and growing account balance, leading victims to believe that their principal investment was with Conmac Funding and earning interest.
The NCDA’s Asset Forfeiture Bureau has frozen all the defendants’ known assets including their bank accounts and real estate properties.
Many of the victims were allegedly lured into the scheme by Eckstein, who owned another firm called Sisk Investment Services that he ran out of his Syosset home.
He’s accused of convincing his existing clients, who trusted him, to invest in Conmac.