When it comes to photography, Joan Weiss is someone who would much rather follow her instincts versus taking a routine shot. So it goes with “Blowing Hot & Cold—Photographs by Joan Weiss,” her upcoming exhibit that’s set to be on display at the Jericho Public Library throughout the month of September. Within the 30 to 35 pieces that will be shown, Weiss juxtaposes nature scenes from the summer and winter seasons that were shot at the beach, and the pond and park of The Hamlet, the Jericho community off the Long Island Expressway that she’s called home for the past six years.
“Summer and heat are the yang to the yin of winter and cold. It’s a concept of a duality forming a whole in the natural world with seemingly opposite forces becoming interconnected. It’s a balance and they each have a portion of the other element in each section. I began to think more about continuity actually, rather than contrast,” she explained. “There is obviously contrast between the beach and an icy pond, but there are also things that come more together where you can’t easily tell the difference. I’ve taken pictures of the beach in snowy weather where everyone thinks its sand. Or sometimes sand will look like snow. There’s the movement of the water and ice—all of that fascinated me. With some of the photos, there are some clues as to whether they are hot or cold, summer or winter. Sometimes, your eye will catch something where one photo won’t be too different than the one next to it [that’s from a different season].”

Weiss’ love of photography dates back to her Brooklyn childhood, where her shyness made the Flatbush native loath to being in pictures and more at home behind the lens of a trusty Brownie camera. As someone who responded more to shapes and images that captured her imagination and eye, Weiss was told she had an eye for this particular artistic discipline. This interest was further stoked when she attended Cornell University, where the need to make up two credits in her senior year found Weiss taking a Saturday morning photography class.

The need to make a living found her becoming a writer and editor in medical education. She wrote three child psychology books and got published in a number of outlets including Consumer Reports, Ms. Magazine and the Detroit Free Press. But it wasn’t until retiring in 2014 that she was able to indulge her photography passion. A love of travel found Weiss and her camera shooting in far-flung locales like Spain, Croatia and Vietnam. Through it all, she’s stuck to her unorthodox style, oftentimes venturing out into inclement weather to get the best shots. It’s an invaluable piece of advice she has for aspiring photographers.

“Listen to your heart, don’t get too caught up in rules, be creative and be yourself because you want to express who you are. Photography might even help you figure that out,” she said. “It’s about following your instincts and taking risks, both photographic and physical. Don’t be afraid of bad weather because a lot of the best pictures take place in bad weather. There are a lot of intrepid photographers who won’t go to places like that, but if you go there, no one else would have done it.”

The exhibit “Blowing Hot & Cold—Photographs by Joan Weiss” will be on display in the Jericho Public Library gallery throughout September. The opening reception takes place on Saturday, Sept. 8, from 2 to 4 p.m. at the library. For more information, visit www.jericholibrary.org or call 516-935-6790. 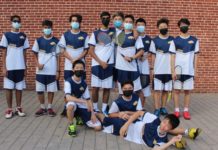 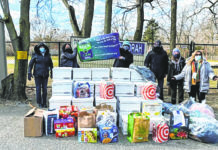 Rock Can Rollin’ Towards Relief

Rock Can Rollin’ Towards Relief