At the most recent monthly department meeting of the Jericho Fire Department, chiefs and members took a moment to recognize the efforts of its EMS for recently saving a life.
On Jan. 1, at 3:44 p.m., Jericho Fire Communications received a call reporting an unconscious person at the Pro Health Urgent Care office at 555 North Broadway. One minute into the alarm, paramedic unit 9499 radioed its response, immediately followed by Chief of Department Steve Cohen, his assistant chiefs Kerry Ketsoglou and Douglas Heron, and Ambulances 9419 and 947.

9499 Paramedic Christopher Airey arrived on the scene just two minutes after the alarm and immediately radioed a “Code Red” advising all units of a cardiac arrest in progress.
The crew of 947, consisting of Captain Daniel Mensing, Lieutenant Joseph Velotti and EMT-CC Sandra Sammartano, quickly met Airey on the scene, setting up the LUCAS device (a technologically advanced machine to administer synchronized chest compressions), while establishing additional basic and advanced life support techniques of connecting a defibrillator, providing electro-shock treatments, intubating the patient and administering medication, all in an effort to regain a heart rhythm.

With all critical treatment in place, the patient was then moved to ambulance 9419 and transported to the Northwell Health/Syosset Hospital. While en route to the hospital, after three shocks and critical medication, the 48-year-old patient regained a pulse and a return of circulation. He was later transferred to North Shore University/Manhasset Hospital for further advanced care, and is alive today.

Chief of Department Steven Cohen, his assistant chiefs and the entire Jericho Fire Department would like to commend the following personnel for their outstanding efforts, in the highest tradition, to save the life of another man: Paramedic Christopher Airey, Assistant Chief Kerry Ketsoglou, EMT Captain Dan Mensing, EMT Lieutenant Joseph Velotti and EMT-CC (Critical Care) Sandee Sammartano. The overall success of the save resulted in a Unit Citation, in which the following additional members received award recognition—Cohen, Second Assistant Chief Douglas Heron, Firefighter/EMT Leonard Cohen, Firefighter/EMT Vito Montante and Ex-Captain Mitchell Meyer. 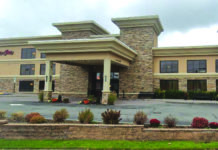