By Leetal Prezelmayer and Jayden Kupferman

Netflix has recently removed some very popular television shows off their stream. Many Jericho High School students who have been devotees of the former WB series One Tree Hill, which was taken off of Netflix, gave their opinions on this news. Netflix issued a press release explaining that they “need permission and licenses to have it on the platform.” Since the producers did not renew the licenses for these particular shows, they had to be removed. This decision wound up upsetting numerous fans.

Many Jericho students were especially disheartened by the removal of a number of programs, including One Tree Hill. The show, which has a healthy amount of teenage drama in its story lines, was removed from Netflix in October 2017.

Freshman Hallie G. said, “I felt very sad when One Tree Hill was taken off because it was one of my favorite shows.” She feels that if she wants to watch this show, she will have to find other websites, legal and otherwise, that this show is still available on.

Sophomore Alexa A. found an alternative route to watch the show and said, ”I decided to buy the rest of the show on Apple TV, but it is inconvenient for me because I also pay for Netflix every month.”

Additionally, Junior Dia S. considers herself an avid One Tree Hill fan and was saddened by its disappearance from Netflix’s queue of shows. She said, “It has clearly proven to be a crowd favorite, and I myself have watched the whole series more than three times. Although I’ve completed the show, I would love to see it back on Netflix.”

Aside from One Tree Hill, many other popular shows were taken off of the streaming service.

Sophomore Matthew R. said, “I watched a show called The League and my friends and I all liked it, but now I cannot watch it anymore because it is off of Netflix.” He finds it very upsetting because whenever he was bored he would watch the show and now it is unavailable.

Freshman Lindsay L. said, “I think Netflix will be affected by taking these shows off because they will lose a lot of viewers.”

He said, “I think there will be some people who are upset that one of their favorite shows is taken off, but I feel like they are always adding shows and taking away shows, so it will be okay.”

Sophomore Jamie S. wanted to take the matter into her own hands, so she personally called Netflix to address this issue.

“I was put on the phone with an assistant and she told me that all of the shows and movies have licenses. The shows leave Netflix when the producer does not renew the license,” she said. Jamie was affected by the removal of her “favorite show” and said the show had a major impact on her. Netflix also said that when they take off shows, they do not know when shows will come back because they wait for the renewal of the license. 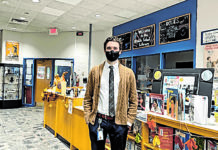 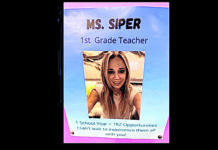