A recently launched company, Bulldough, a play on the words for “bulldog,” representing toughness, and “dough,” referring to money needed to provide financial support for certain charities, is fusing fashion with fundraising.

“The idea behind it is that we would try to help certain charities that could use assistance from us if they are somewhat under the radar,” said Jeff Ahn, one of three cofounders of Bulldough. “We wanted to do something in a fun way since we are dealing with serious causes.” That fun comes in the form of graphic T-shirts, tank tops, sweatshirts and hats.
Each garment either bears visuals relating to the charity at hand, the Bulldough logo or an illustration of a bulldog, modeled after Ahn’s dog Merrie. 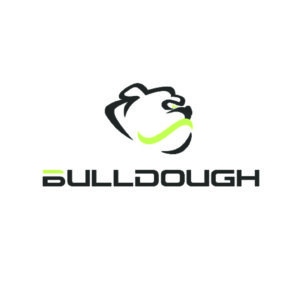 The charitable business, an entrepreneurial collaboration between Jeff Ahn, a Woodbury resident and graduate of Paul D. Schreiber High School in Port Washington, and his two friends John Messina and Steve Wyszinski, was created with the aim of providing high quality products while giving meaningful causes the recognition they deserve.

Transparency is the heart of the company’s business model, as all profits from the charity oriented pieces go towards the foundation from which the shirt was inspired. Bulldough is able to minimize any upfront costs through close relationships with people who are able to take care of the graphic design and printing aspect of the process.

The three have separate full-time jobs, so this project is truly a work of charitable means with no intent to profit from its sales.

“The nice thing about it is that there’s no pressure to make a profit or push these charities,” said Ahn. “We do it at a speed that the charities want us to work. It depends where this all goes, but we’re here to support them.”

Currently for sale are items representing the Chris Carrino Foundation, working to benefit those with Facioscapulohumeral muscular dystrophy (FSMD); the Cure Sanfilippo Foundation, which advocates for and funds research directed towards a cure for the metabolism disorder; and Stop Soldier Suicide, a suicide prevention organization for veterans and their families. 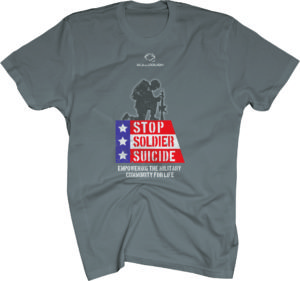 The decision to work with each charity is the result of each co-founder’s personal experiences and a desire to go beyond making small scale monetary donations. The collaboration with the Chris Carrino Foundation stems from a prior encounter with Chris Carrino, a play-by-play announcer for the Brooklyn Nets, at a game.

“When people donate a little, it’s great and it’s needed, but to address a serious disease you need a large sum of money with real backing,” said Ahn. “I felt a little defeated in the sense that I was donating to make myself feel better, but it’s not helping anyone as much as it could. I wanted to do a little more.”

The company intends to continue working with the three aforementioned charities, with the possibility of taking on two to three more, all of which would also possess some personal connection to the founders.

For more information about Bulldough, and to purchase some of its products, visit www.bulldough.com. Also find Bulldough’s Instagram page (@bulldough) and follow its Facebook page (@wearbulldough).