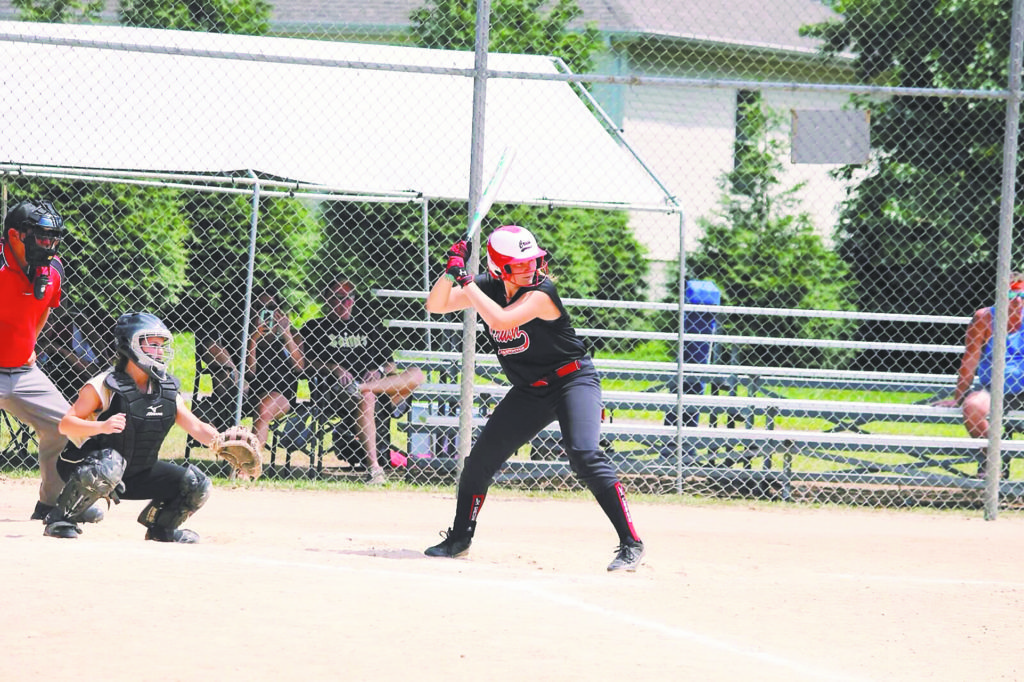 Though softball season has come to a close for Syosset High School, one player isn’t done swinging just yet. Jenn Swing, a junior and third baseman on the varsity softball team, thoroughly enjoyed yet another season with her dedicated teammates, but is now focused on making the most of her club season and preparing for college recruitment.

Swing, a varsity co-captain, and her crew of lady Braves didn’t fare as well as they would have liked to during the 2017 season, with an overall record of four wins and 17 losses, but they girls “kept smiles” on their faces “and kept pushing through” nonetheless, according to Swing.

The team faced some of the toughest rivals in their conference, AA-I. Syosset was proud to have to made it to the quarterfinals, where they were unfortunately defeated by Oceanside in a tight game with a final score of 10-11.

“The season didn’t turn out how anyone planned,” said Swing. “But we had good help from coaches who pushed us to our full potential and helped us make it through playoffs.”
Swing, a lover of the sport since she first began at age five, has procured numerous accolades since her time on the varsity softball team, especially within the past season. Just this year, she earned eight home runs and 30 RBI overall, scoring against Massapequa, New Hyde Park, Oceanside, Seaford and East Meadow. She has also been awarded MVP and All-County recognition, an award which she strives to earn yet again during her senior year.

In the meantime, there is no such thing as an off-season for Swing. She will continue to play with her travel team Long Island Crush, this time on the 18U Gold team. She is confident that her experience on both varsity and her travel team has equipped her for a run at collegiate-level softball, setting her sights on programs at Seton Hall University, Monmouth University, Marist College, East Stroudsburg University and SUNY Cortland.

Her mother Kathy, who has been a dedicated fan, supporter and motivator through Jenn’s many years on the field, could not be more proud of her daughter’s strength and determination.

“For me, what I’m most proud of is watching her grow as a young lady in her athletic as well as her academic life,” said Kathy. “She’s on the leaderboard for home runs, she’s knocked school and her college entrance exams out of park and she’s just doing a fabulous job balancing all aspects of life.”

When she is not consumed by softball practices and games, Swing is not only an exemplary student with impressive grades, but also a model for community activism. In her spare time, she volunteers at soup kitchens and at Syosset Hospital, where Kathy works. Each year, her travel team goes to Nassau University Medical Center during the holiday season with gifts for the patients. According to Swing, “Seeing a smile on a kid’s face is the best gift anyone could receive.”

Swing is certainly both a player to keep an eye on during her upcoming senior season, and a force to be reckoned with off the field. What keeps her constantly motivated is her unconditional admiration of the sport that she has been playing for the past 11 years.
“What softball really is to me is a place where I can forget about school drama and I can genuinely be happy,” she said. “I just feel unstoppable when I’m out there.”