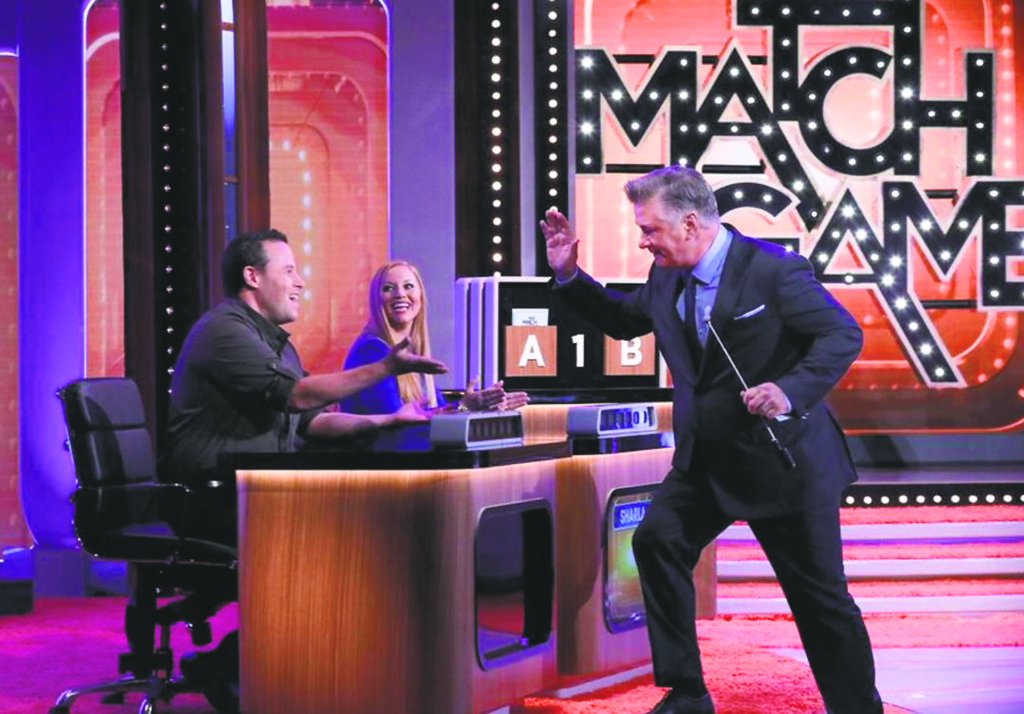 What do birthday cake, NBA star Rick Fox and a former Jericho resident have in common? Only a dazzling performance on ABC’s Match Game, in which Brian Rappaport earned the $25,000 grand prize on the show’s season finale, which aired Sunday, May 14.

Rappaport, a class of 2001 graduate of Jericho High School, has always had an undeniable attraction to the spotlight. After many show auditions, unaired pilots and a trove of casting call emails, he gave little thought to the idea of being on the popular game show.
But, after emailing a casting director, Rappaport was invited for an audition in ABC studios despite his inability to make an open casting call. He acted as he would on the show, with the same level of enthusiasm while engaging in mock games. Within a week, he was contacted for a Skype interview with the show’s producers, and shortly thereafter told that he had been selected to be a contestant.

“I’m a die hard NBA fan, so Rick Fox was a personal favorite going in, and I also love Saturday Night Live so I was excited about Sasheer,” said Rappaport. After matching with Fox for the final fill-in-the-blank grand prize answer, it’s safe to say Rappaport is an even bigger fan of the player now.

In true Match Game fashion, questions and riddles were purposely silly and provocative. Host Alec Baldwin prompted contestants with lines such as “Geriatric Gerry married a 22-year-old woman. On the way to their honeymoon, they put a ‘Just Married’ sign on their car. On their way home, his wife changed it to just blank,” which warranted answers like “widowed,” “died,” “buried” and“finished.”

Rappaport’s presence on the newly revived game show seemed like a natural occurrence, as his mantra is to “live life to the fullest and do things out of the norm.” Though the show is a far cry from his high school days, the former Jericho student has always loved to make people laugh, earning him the title of class clown years ago.

He hopes this one night appearance will parlay into something larger, preferably a spot on CBS’s Big Brother or FOX’s Beat Shazam, a new interactive game show based on the popular music app hosted by Jamie Foxx.

For now, Rappaport is satisfied with his 15 minutes of fame, so to speak, and thankful for being presented with the opportunity.

“It was an incredible experience overall,” said Rappaport. “As someone that can be starstruck from time to time, it was awesome to spend time during and after the show with the celebrities. They’re all great and funny individuals…And I love Rick Fox.”

Rappaport’s episode can be viewed online by visiting www.abc.go.com/shows/match-game/episode-guide/season-2/08-episode-8.