Robbins Lane Elementary School recently held its first International Night. This was a program that was being planned since the beginning of the school year.

Thirteen countries were represented through informational booths throughout the perimeter of the school gym. Children had an opportunity to visit these booths and learn about the cultures of the country. Parents of the school took the initiative to plan these booths and the structure of the event. Children were welcomed to International Night by receiving a “passport” which they could get stamped at each of the booths they visited. In addition to the fun booths, there were cultural presentations that included dances and performances from a number of countries. The last hour of the event was the highlight in which the “cultural food court” was opened and kids and parents got a chance to sample food from a number of countries. Each of the 10 countries who participated in the cultural food court had about an average of three dishes which really provided a variety for everyone’s taste buds. As children were so enthusiastic to try out new flavors, parents were thrilled to have their children expanding their food repertoire.

At the end of the event many exclaimed that this was one of Robbins Lane’s best events and they were grateful for an opportunity for their children to really appreciate the cultures of the world. 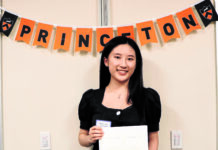 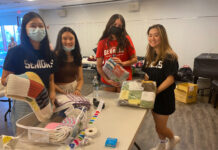 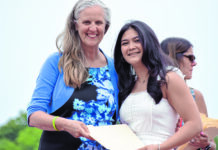