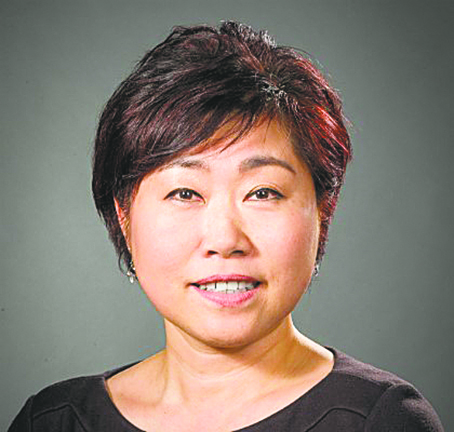 Kyung (Kyungwha) Park, RN, a nurse educator of perioperative services with Northwell Health, was elected President of the Korean Nurses Association in April. The New York-based organization was formed in 1981 and helps to build awareness within the Korean nursing community through networking and support. Park has been involved with the association for 10 years. Many of its members are also Northwell employees.

The Korean Nurses Association is especially supportive of newcomers to the United States. Park makes herself available for any help and adjustment with the cultural change. In addition, established nurses consider the association a helpful resource and connect through events such as the annual CEU Conference and Community Health Fair.
Park, who joined Northwell in 2004, has been a nurse educator of perioperative services at Syosset Hospital for the past four years. She teaches medical and nursing staff about pre-, intra- and post-surgical practices.

“She is a natural leader and has been an integral part of the hospital’s growth during her time here,” said Sharon Malloy, RN, director of nursing perioperative services at Syosset Hospital. “The dedication and commitment Kyung has made to the Korean Nurses Association over the last 10 years has been outstanding and I’m confident she is going to help them grow as an organization during her time as president.”

Park grew up in Andong, a city on the Nakdong River in South Korea. She originally wanted to be a teacher, but changed her career path when her mother suggested a vocation in the medical field. She received her nursing license in South Korea. When Park moved to the United States with her husband in 1989, she continued her education to earn her master’s degree in nursing. She worked as an operating room nurse for another health care system, giving her nearly 30 years of experience in the field.