As a medical student for the past two years, I’ve had some clinical exposure and interactions with patients. Inevitably, the topic of healthcare comes up. At the community health center, I shadowed and practiced my clinical skills at, I met patients that would talk about their chronic health issues requiring numerous medications and devices.

Particularly, I remember one instance where a patient spoke about their need for an oxygen tank or portable oxygen device. They described how difficult it was for them to even come up the stairs to the doctor’s office and how tired they felt after completing small tasks throughout the day. After, the doctor in the room asked me how much I thought a portable oxygen device costs to buy out of pocket. She told me it costs almost $2,500.
Most patients that are on Medicaid cannot afford the out of pocket costs for a portable oxygen device, and it is often a difficult and lengthy process to have an oxygen tank covered by Medicaid. For patients with chronic obstructive pulmonary disease, these oxygen cylinders and portable oxygen devices are vital. Without these services, patients cannot complete their daily activities, have to rely on others for simple tasks and can no longer work. Imagine not being able breath comfortably every second of every day.

This is one example of many others throughout our country and New York. Access to healthcare and necessary medications and devices is already difficult and the Affordable Care Act helped to alleviate some of these problems. Repeal of ACA and its replacement with the American Healthcare Act would only exacerbate the problems many of the seniors and those with lower incomes in the country and specifically Long Island already face.

New York has one of the most generous Medicaid programs in the country. For a household of four, Medicaid in New York covers health insurance for those with an income level of $32,319 or lower. Under the new American Healthcare Act, federal funding for Medicaid would be capped regardless of healthcare costs and the funding for healthcare would be shifted to the states.

Governor Cuomo has stated that over one million New Yorkers would lose access to healthcare and that $2.4 billion of healthcare costs would be shifted to taxpayers. In Long Island, almost 300,000 people would be at risk of losing coverage. These cuts will disproportionately affect the elderly and those with lower incomes.

Moreover, those that benefit most are those in the top one percent income bracket who would receive a tax break of $33,000. These are individuals that make more than $450,000 per year. With the average household in Long Island around $99,000, these are not most people in our neighborhoods. Ensuring that our elderly and lower-income residents receive the healthcare that they need would be more beneficial for our communities than the financial benefits the very few would receive.

The vote for the American Healthcare Act as of now has been canceled, but it is unlikely that conservative representatives will stop pushing for an overhaul of Affordable Care Act. Paul Ryan and Donald Trump were not able to gain a majority of the votes because many representatives of the Freedom Caucus believed that the American Healthcare Act was not doing enough to demolish Medicaid. It is important to keep putting pressure on our representatives to hold them accountable to providing our communities with adequate healthcare.

Rep. King was undecided on the American Healthcare Act, while Rep. Zeldin was in favor. Calling their offices in Long Island and Washington DC to voice our concerns about the way they vote on bills can influence their actions. Let them know about your concerns and ask them to explain to you how any new healthcare plan introduced will continue to provide the medical services needed for our communities. 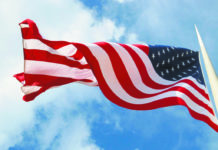 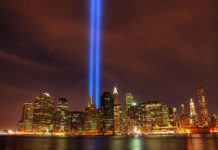