Hugs and warm hellos were frequent. Tables were filled with friends and family, people young and old, speaking and laughing over mouthwatering, rather cheesy entrees. No, it was not the scene of a long-awaited family reunion, but it may as well have been judging by the affection and friendliness that emanated from within the small Stewart Avenue storefront. Among a row of shops, eateries and offices, Mac & Melts of Garden City has been steadily building a reputation for both tasty dishes and customer satisfaction over the past three years.

“This is not a place you pass on the street and decide to give a try,” said Mel Yorke, father of Mac & Melts founder Richard Yorke and a regular worker at the restaurant. “It’s a destination.”

If you are not personally acquainted with Mel upon first entering Mac & Melts, you certainly will by the time you finish your mac or your melt. Between menu suggestions, quippy jokes and attention-worthy stories, Mel’s presence is a prominent source of entertainment, adding to the already homey vibe that marks the establishment.

Richard, a Jericho resident, echoed his father’s customer-centric attitude saying, “Everyone in here is talking and having a great time, which is really important to me.” He added, “If there’s any issue, we want to know what it is and want customers to feel comfortable talking to us about anything.” 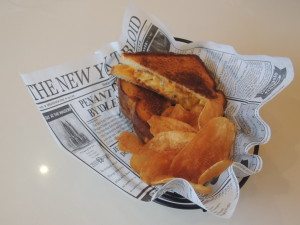 As one may guess, the restaurant’s claim to fame is its macaroni and cheese dishes including, but not limited to, The Mac Of All Daddies (roasted red and jalapeno peppers, garlic puree, bacon, zucchini, basil, mushrooms and smoked gouda), Make Shroom (sauteed mushrooms, aged gouda, gruyere and a drizzle of truffle oil) and the Short Rib Mac (braised short rib with sharp cheddar.)

But other menu favorites like the “melts” bring comfort food to a whole new level. Expertly blending a classic grilled cheese with differing types of mac and cheese, these panini-style sandwiches have customers coming back time and time again. According to Richard, fan-favorites tend to be the Classic Wisconsin Melt (a smooth blend of Wisconsin finest mild and aged cheddar on pullman bread) and the Smokehouse Turkey Club (smoked turkey breast, bacon, brie and caper mayo on sourdough bread.)

In an effort to diversify an already impressive menu to suit the needs of all customers, Mac & Melts has recently introduced two new categories of options: salads and burgers. 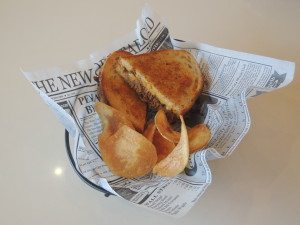 The burgers, which became a menu staple in September of 2016, are a fusion of America’s most popular delicacies. Though this is a relatively new addition, customers have expressed no hesitation in trying options like the bacon-infused 50/50 Burger and the All American Burger, topped with the signature mac and cheese.

Perhaps the most enticing element of the menu is its ease of customization. Since each dish is made-to-order, patrons have the option to add, remove or swap any ingredient to their liking. Unlike similar competitors, Mac & Melts prides itself on using only quality, fresh ingredients, even if it entails taking a few extra minutes to prepare. 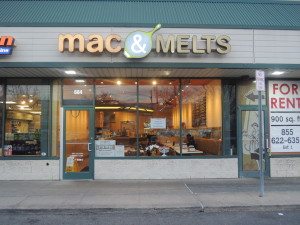 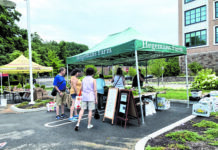 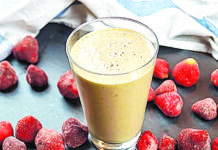