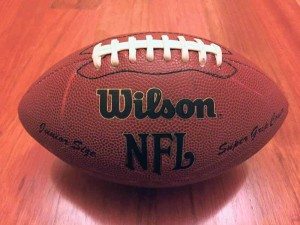 San Francisco 49ers quarterback Colin Kaepernick’s protest against racial oppression in America has become a major topic of conversation. Here at Jericho High School, students and staff have differing opinions about this topic that mirror those of the general public.

The JerEcho surveyed 101 students about their views on this topic. Approximately one third of respondents, 31 percent, feel that Kaepernick’s protest is important to America; 30 percent believe his protest is unpatriotic; 14 percent responded “other” and 25 percent said they didn’t know about it.

Students’ thoughts were much less varied when asked if they were offended by his protest. Half or 49.5 percent of respondents were not offended, while 28.7 percent were offended and 21.8 percent had no opinion.

“I think there might be other ways in which he can express himself, but I am not in agreement in the way he is protesting,” he said.

Freshman Matthew L. said about Kaepernick, “He is not paying respect to the people who founded this nation many, many years ago.”

When asked if he would kneel in protest, freshman basketball player Ryan S. said, “No, I would not because I’m living in a free country and I’m thankful for this country.”

Conversely, some people support Kaepernick’s protest, and don’t believe his actions are wrong.

While she personally would not take a knee, middle school social studies teacher Ms. Cantwell said, “I think he has the right to do that, as the First Amendment guarantees the right to speak out and protest according to what he believes are inequalities existing in the African American communities.”

Regardless of views on his protest, Kaepernick is legally protected to kneel during the National Anthem based on the First Amendment, whether or not people agree.