A new kind of Jewish community is on the rise

For many Long Island residents of Jewish faith, there is a common conflict facing those who are unaffiliated with a synagogue, but wish to feel more deeply connected to the religious community. In an effort to reinvigorate a sense of pride and belonging amongst those in such a situation, Makom NY, a new Woodbury-based body of Jewish peoples with a universal desire to embrace prayer, service, unity and friendship, is providing an alternative outlet to traditional worship.

“We’ve found that 80 percent of Jewish people on Long Island are unaffiliated with any synagogue,” said Rabbi Deborah Bravo, founder of Makom. “Our goal is to provide these people with a home. There have been recent conversations about the changing landscape of the Jewish community, and the last thing we need is another synagogue, with so many closing their doors already.”

With nearly a year and a half under its belt, Makom, meaning “place” in Hebrew, has been attracting Jews from across the island who are curious about this more liberal form of religious reverence. Despite what the name may suggest, Makom claims no singular place of gathering, bringing new light to the term “wall-less worship.”

Regardless, the group has faced little difficulty in enticing and unifying a diverse group of people, whether Orthodox, Reform, Conservative and so on, utilizing spaces such as the Woodbury Convention Center and the Bethpage Community Center, as well as Bravo’s home and the homes of others.

Bravo, throughout her rabbinical career and in speaking with others in the field, surmised that the overwhelming lack of affiliation, particularly on Long Island, is a result of the combination of burdensome membership fees, a distaste for dated practices and an overall restrictive, antiquated structure. Though Bravo has no intentions of deterring people from synagogues they may already belong to, she believes that in the face of such grievances, and a number of others, Makom may be the solution. 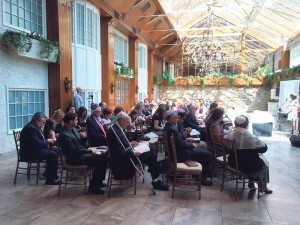 “What we’ve heard, particularly from young people, is that the existing model didn’t work for them,” said Bravo. “It was either too restrictive, or too expensive or there were too many boundaries. We aim to create a community that eliminates those boundaries.”

“The goal is to find a way for people to connect, whether it be traditional or untraditional,” added Michelle Schneider, chairperson of Makom. “More than anything, we’re built on relationships, and a constant open door is one of our founding principles.”

Makom is unique in that it understands the changing landscape of the Jewish community on Long Island, taking into account a wide range of desires and needs. Some seek worship and services, others seek Jewish education for themselves or their children, and some seek a social outlet. People participate in and support the activities that interest them, yet all participants have one basic thing in common—they are seeking to be part of a welcoming Jewish community, one that is without barriers or judgments.

Similar to that of other local synagogues, Makom offers prayer gatherings, Shabbat services and educational classes for children, teens and adults. Special services are provided during the high holidays, dates which tend to amass high attendance. 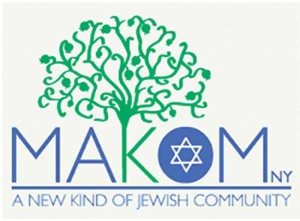 Makom also offers multiple opportunities to engage in social action projects that help the greater Long Island community, as well as social and fun events such as latke-making, challah-baking, Shabbat dinners, book club discussions, Israeli dancing lessons, movie nights and more. Within the past year, Makom successfully organized a trip to Israel, and is planning another one for August of 2017.

With its many attractive features, one may question how under this model, which does not require payment of membership dues, Makom is able to stay afloat financially. Under its current model, known as the “voluntary dues model,” participants have the option to financially support the specific programming that is of interest to them. Many contribute the minimum suggested donation for specific programming they attend, while others support Makom as “Shorashim” (the Hebrew word for roots) by making an annual contribution that financially supports the community granting them reduced or no costs for all programming.

Anyone who becomes part of the greater Makom community is part of “Chevrei Makom” (Friends of Makom). One of the key benefits of this model is that it seeks to remove the financial barriers to participation. Everybody belongs, regardless of financial ability.

Overall, feedback among practitioners of Jewish faith who have given Makom a try has been overwhelming positive, hailing the organization as a progressive, unconventional group that provides a sense of belonging. Bravo and Schneider are confident that this upswing of interest will only continue, allowing Makom to grow and touch the lives of unaffiliated Jews from all walks of life.