An arrest was made recently regarding a prior burglary in Syosset. Fred’s Barber Shop, the family owned shop located at 51 Jackson Ave., was burglarized on Wednesday, Sept. 21, by a male juvenile. The 15-year-old unnamed perpetrator smashed the front glass door of the barber shop and searched through several drawers and a cash register, though nothing was found. Detectives arrested the juvenile in his home on Wednesday, Nov. 2, at 12:10 p.m. He is being charged with third-degree burglary and third-degree criminal mischief. The defendant is set to appear in Nassau County Family Court in Westbury at a later date.
(Details provided by Det. Barbato of the Second Squad) 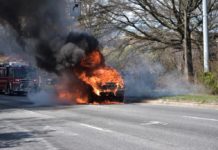 Nobody Injured In Range Rover Fire 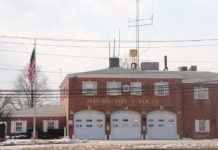