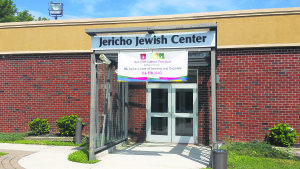 Science, technology, engineering and math (STEM) classes have always been a staple in Syosset-Jericho education. However, opportunities for STEM have been severely limited for younger students on Long Island—until this year.

This September, the Iken STEM Preschool will open at the Jericho Jewish Center, located on 430 N. Broadway in Jericho. As the second location of the Iken Academy, started by Monica Iken on the Upper East Side of Manhattan, the Iken STEM Preschool aims to expose children ages 2 to 4 to the wonderful world of science. Led by director Ilene Morrin, former teacher at the Mid-Island Y JCC in Plainview, educators at the Iken preschool will work to develop a balanced, hands-on and multisensory early childhood curriculum.

“We’re going to open up the children’s natural curiosity,” said Morrin. “We want them to develop an early love for science and discovery.”

Morrin cites her daughter’s early difficulties in the STEM field as the main inspiration for her current work. “The reason why I love STEM is my daughter Rebecca, who loved science her whole life,” said Morrin. “I felt until she got into high school, there really weren’t many opportunities for her. That’s why, even though I’m so happy for the boys, I’m really excited for the girls attending the Iken school. I think it will open up so many doors for them in the future.” 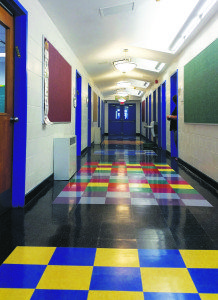 Iken also cites her daughters as reasons for her work. “I was motivated to start a STEM based preschool, as a former Board of Education member and mother of two girls 8 and 10,” said Iken. “I was always interested in STEM because I have girls who are not interested in science, technology, engineering and math. I feel if you start with young children and get their interest early in these subjects that are in their everyday lives, they will acquire a love of STEM without even knowing it.”

Iken is also founder of September’s Mission, a nonprofit dedicated to preserving the memory of and building a positive legacy around September 11. After losing her husband Michael in the attacks, Iken left her job as a teacher and chose instead to honor the victims’ memories in various ways, including her work as an active board member of the National September 11th Memorial & Museum. She dedicated the preschool to Michael Iken in hopes of “keeping his legacy alive and creating something positive for future generations to come.”

Morrin—whose daughter now studies optometry after successful high school research on dyslexia—and the staff of Iken STEM preschool have planned STEM-based activities and lessons for upcoming students. These include bridge building, nature walks twice a week, Michelangelo-inspired ceiling artwork and a regatta at the end of the year, where students build their own experimental cardboard boats and race each other.

In the future, Iken also plans to install Promethean ActivPanels in each location, large interactive touchscreens, which she hopes will “improve learning and instruction by engaging children of all ages to a whole new way of learning.”

Recognizing the strength of local science programs, Morrin stated that the STEM curriculum at Jericho Iken Academy aims to prepare young students for middle school and beyond.
“They get a concrete love for science at the very beginning of their lives,” said Morrin. “This way, instead of learning STEM when they’re in junior high school, they’re starting when they’re three years old. I know that the Jericho schools do a lot of STEM activities and I want them to progress into school very easily and know what to do.”

Rabbi Ben Herman of the Jericho Jewish Center describes the addition of Iken Academy to the Center as an “exciting new opportunity for families in Jericho and the surrounding areas”.
“I really see the Iken Center as a beacon to bringing young families into the synagogue building, to have them learn in a very hands-on, unique way and to become further ingratiated with the community,” said Herman. “Even for the families who are not Jewish or who will not join our synagogue, it is such a boon to have this presence right in our building, drawing in people from the greater communities and really building a stronger presence in the Jericho community.”

Jericho Jewish Center co-president Diane Charet shared Herman’s optimism.
“I think that it opens up communication within the community,” said Charet. “It will be an enhanced program of the nursery school, because it brings in an extra component of STEM. It gives our synagogue a special name because we’ve brought in and we’re housing the only STEM preschool on Long Island.”

As September 2016 quickly approaches, the Jericho Iken STEM preschool is prepared to make a profound impact on the children of Long Island. Iken Academy aims not only to inspire love for science in their young hearts, but also love for the fundamental values that make up science, such as discovery, exploration, curiosity and the will to learn.

“I plan to create a wonderful and safe preschool experience for all the children who come to Iken Science Academy,” said Iken. “I feel that the Iken preschool can change the way we think about educating our future young preschoolers.”