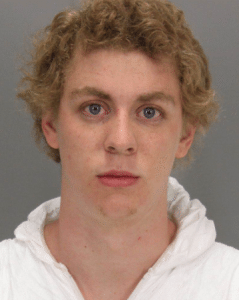 Last week, I spent about 40 minutes of my morning reading the same thing everyone else was reading, a letter from a rape victim to her assaulter. The assault in question was from January 17, 2015, when Stanford University freshman Brock Allen Turner attacked, brutally assaulted and raped an unconscious woman behind a dumpster until he was chased away by two men on bicycles. When I heard about this last year, I knew how it would turn out. The girl would be called a liar, no one would be able to prove her case or help her, and her attacker would walk away scot-free. That’s pretty much what happened.

Fortunately for her, the jury was unanimous in its sentencing of the superstar swimmer, declaring him guilty of three counts of sexual assault. Turner faced a maximum of 14 years in state prison, but instead was sentenced to six months in county jail and probation. The level of disgust that I imagine everyone feels is nothing compared to the young woman and her family. Let’s hope Judge Aaron Persky, who ultimately decided the rapist’s sentence, never gets the chance to sit in court again.

On the day of sentencing, the young woman read aloud her letter, about 7,200 brave words in length, to her attacker detailing every aspect about that night and every minute she has experienced since everything in her life was stolen. She opened with the chilling sentence, “You don’t know me, but you’ve been inside me, and that’s why we’re here today.”

She repeatedly defends herself and constantly questions why she is still talking about the tragedy. She slashes every point made by Turner and his lawyer, but it was not enough as the judge, a Stanford alumnus, saw fit to reduce Turner’s sentence.

Sure, let’s give him six months and release him so he can go to another school or another town and do it again. It should have been an open and shut case, but rape cases never are and, horrifyingly, are usually decided in favor of the male attacker. Girls, if this ever happens to you or anyone you know, speak up. It is OK to be afraid, even terrified. If you don’t say anything, then you are letting it happen again, to you or another girl. And the cycle will never end. Read her letter, share it and fight alongside her. One can only hope the more voices that are heard, the greater justice will be delivered.