Pediatric cardiologist Dr. Sean Levchuck, with the help of Dr. Richard D’Agostino, began this program at St. Francis Hospital. Levchuck explained that the inspiration to start the program came from a tragedy.

“A guy named Alexei Cherepanov was preparing to join the New York Rangers as a 19-year-old and died on the bench in Russia,” Levchuck said. The young player died of cardiomyopathy, a disease that could’ve been easily detected and diagnosed if Cherepanov had a screening.

Levchuk, a college hockey player himself, wanted to make a difference. However, his mission is not limited to athletes as he opens his screenings to all students.

“Dr. Rich D’Agostino and I came up with this plan to do the student athlete screening where we would invite all high school students,” he said. “Even if they’re not athletes, they’re still welcome and we screen them for cardiac issues that can result in sudden cardiac deaths.”

“Right now for athletic physicals, there are certain medical updates that take place, but you’re not really picking up on some things like cardiomyopathy,” said Mankowich, who agrees that these screenings will clear up any confusion and “will help show abnormalities that might be present in a child.”

These screenings that typically cost hundreds of dollars are being offered once a month to students for free.

“Getting the heart screening made me feel at ease and more comfortable on the field knowing that I am a healthy athlete,” she said. “It’s really important for athletes to get this done because you don’t know if you have anything wrong with you and there aren’t always symptoms that show signs of a serious condition.”

She explained that these screenings can help avoid situations that put an athlete’s life in danger.

“There are people who are on the field that collapse and that’s because they didn’t know they had something wrong with their heart,” she said.

As a student athlete, cardiac screenings can help keep your mind at ease as you stand on the field. As Rachel said, “This free heart screening can literally save your life.” 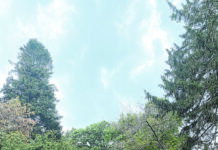 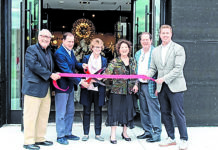