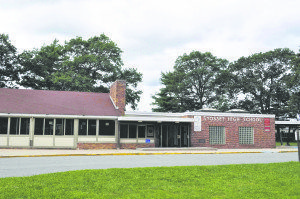 The community’s two local learning institutions have once again scored high marks on a national ranking of high schools.

U.S. News and World Report recently released its list of the best high schools in the country and Jericho ranked 91st nationally and 13th in New York state. Meanwhile, Syosset High School ranked No. 39 in New York state and No. 254 nationally. Schools were awarded gold, silver or bronze medals based on their performance on state assessments and how well they prepare students for college—Jericho and Syosset both received gold medals.

“We are pleased to be recognized as one of the top high schools in the country,” said Jericho Superintendent Hank Grishman. “While we attempt to focus on individual student growth and accomplishments, we are keenly aware of the importance that is placed on such rankings.”

U.S. News evaluated more than 28,000 schools to determine the top public high schools in all 50 states and the District of Columbia. The publication factored in overall student performance on state-required tests, how effectively schools educated their disadvantaged students and graduation rates, which is a new factor in their methodology for this year’s ranking. Schools were also evaluated on how well they prepared students for college based on participation in and performance on AP and IB exams. Syosset High School has an AP participation rate of 79 percent and received a college readiness index of 66.4, resulting in a gold medal distinction among the top high schools.

Syosset High School has received high marks in past rankings of top high schools conducted by U.S. News & World Report, The Washington Post and the websites Niche.com and Finder.com.

“It is an honor to be recognized as one of the top high schools in the country in terms of achievement and college preparation. This is the result of the collective and collaborative efforts of our faculty, staff and administration, combined with a commitment by our students to regularly challenge themselves,” said Syosset High School Principal Dr. Giovanni Durante. “Furthermore, the support our students receive from their parents is a key factor that drives their success and helps to solidify the strong home-school connection we have here in Syosset.”

This year, Syosset High School has also been named a finalist for the U.S. Department of Education’s Blue Ribbon School of Excellence Award, an award it has won in the past. Only 19 schools in New York state are currently under consideration this year. Winners will be announced this fall.