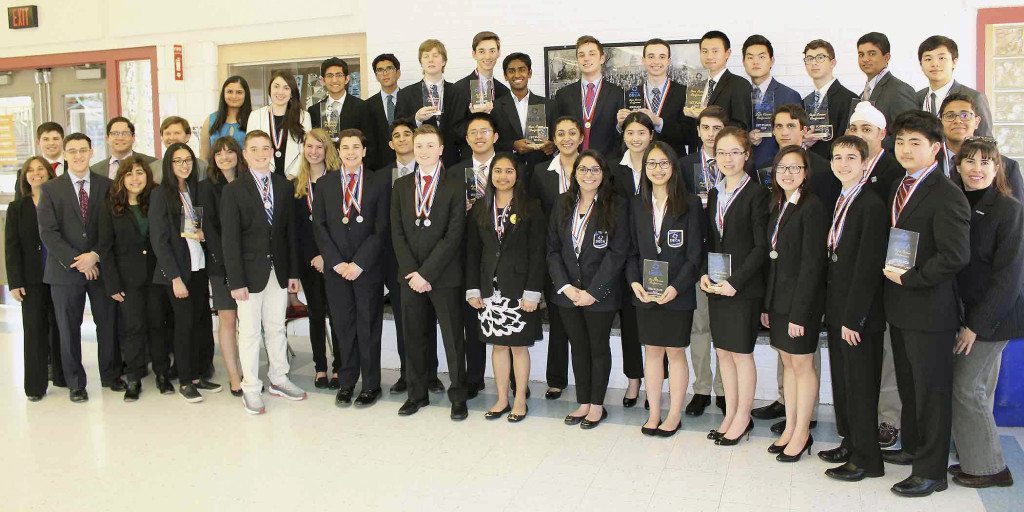 In the midst of their record-setting season, Syosset High School DECA returned from the New York State championships in Rochester with 47 medals. Syosset DECA sent its largest contingent in years to the state championship, with more than 80 students participating.

DECA, which stands for Distributive Education Club of America, is a worldwide organization that aims to train and educate young entrepreneurs and leaders in the areas of marketing, finance, hospitality and management.

During the state championship conference, the Syosset chapter was recognized for its significant growth in membership, as well as its community service and promotional campaigns this year. In addition to placing high in 47 different competitions, officers Zachery Appel, Matt Frank and Arjun Mehrotra were inducted into the state DECA Honor Society. Additionally, 33 students qualified for the International Career Development Conference (ICDC) held in Nashville, Tennessee from April 23-26.

“Club officers and advisers worked arduously to prepare the members for the [State] competition,” said Arjun, who serves as president of Syosset DECA. Arjun teamed with Sam Markowitz to qualify for ICDC in the Marketing Communications category.