Project managers are born, not made. This is proven by Syosset’s Edward Peterson, the project manager for the Ida May Project, a mission to rebuild a historic ship in Oyster Bay. He was actually “conscripted” into the job by his neighbor Hank Tiska, who held the title before him. Tiska asked Peterson to repair the sawmill and he did. When the tractor needed to be rebuilt, he did the entire job. Recently, he built an eight-foot cabinet to store tools. It creates a large work shelf for working on long boards for when they need sanding and routing.

Peterson looks around to see how he can improve the working area for the volunteer shipbuilders who come in on Tuesdays and Thursdays. On Friday, March 11, he was moving around lumber to clear an area by the fence—and with the help of Bill Shephard, moved the sawmill to a flat area of the yard, ready for work. Shephard and Peterson work at the Christeen Corp shipyard five days a week.

Shephard has been with the project since its inception, Peterson comes to the job with great qualifications.

“All my life skills build onto the experience,” said Peterson. “I was a tool designer, chief managing engineer.”

In November, Peterson and Shephard were working in the shipyard moving lumber. Seated on the tractor, he moved a bark covered log about three feet in diameter and 20-feet long that weighed more than a ton. The two men used special curved hooks on long poles to push the logs in place onto the sawmill.

“We throw the tree on the sawmill and take a slice off the top. And then rotate it up against the side of the mill post to cut a right angle; do it again and you have three right angles. The last side will be cut to whatever dimension we need,” said Shephard. “Then we coat it with a mix of tar, creosote and thinners to keep the wood from drying out.”

Being project manager means that Peterson is in charge of solving the daily challenges, something that his work experience makes him equipped to handle. Recently, an expensive brand new router bit broke as he was using it to bore a hole for the propeller shaft. For a while Peterson looked concerned. A few days later, when asked what happened, he softly chuckled and said, “I made a holder for it to extend it. It was nothing magic.”

He has designed many tools during his life in the aerospace industry, as well as writing the instructions for their use.

Peterson explained another aspect of his job—management, at the behest of shipwright Josh Herman.
“I work with the volunteers on whatever they are doing to make sure they know what to do,” he said.
Part of the beauty of the project is that the men coming in to do the work are skilled and here they are learning new skills about boat building techniques.

“I had no college degree to become an engineer so I learned all the skills at Grumman,” he said. “Grumman was a great place to work. They let you do things. As I learned one skill I would move up to something else and did so for over 35 years.”

He learned all the skills necessary to build an airplane. As an advanced development specialist, he traveled to Germany, Israel and China and other countries. He stayed on when Northrup bought Grumman for another five years.

Peterson put it simply, Grumman was a unique company and it’s his attitude toward learning that let him and others like him take advantage of their system.

After Northrup Grumman, Peterson was the chief manufacturing engineer in Advanced Energy Systems (AES) that supplied Brookhaven Labs. Peterson retired two years ago from AES in Medford where he worked for 16 years. They make particle accelerator cavities for atom smashers [colliders] used at Brookhaven Labs.

The Ida May Project is a longtime commitment for the volunteers, most of whom see it as a great adventure in retirement. The public is invited to come see the work on Tuesdays and Thursdays from 10 a.m. to 2 or 3 p.m. That was the original demand in 2010 of Sen. Carl Marcellino, who stated at their opening ceremony, that the public must always be welcome.

The volunteers have signed onto the project for the long haul with an expected ETA of three years. The prize down the line is that the Ida May, as her sister-ship the oyster sloop Christeen, will serve as a floating classroom for marine education and recreation, but with greater capacity. Additionally, the Ida May will be able to offer dinner cruises on the Long Island Sound. The Christeen is famous for her harbor tours, sunset sails and private charters.

The Ida May Project has received a state Parks Department matching grant of $173,451. Each volunteer’s hour of work is valued at $26.45. The greatest challenge for the project is raising $100,000 in cash. They need to pay the shipwright and buy needed materials. 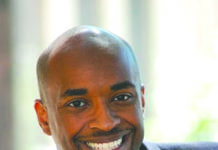 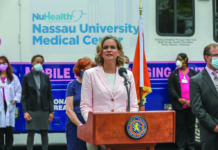 Bringing Medicine To The Masses