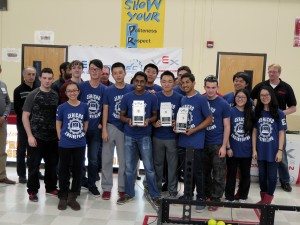 The Jericho High School Hawks descended upon Freeport High School recently to bring a robotic smack down in the VEX Robotics competition.

The Hawks dominated the competition by winning first place and taking home the excellence award. The games were played on a 12-by-12 square field with 94 yellow balls and 10 orange balls that the robots were tasked with shooting, launching and placing into a goal for scoring.

The Robot Hawks move on to the state championships in Glen Cove on March 5, followed by the nationals in Iowa in April.

The VEX Robotics competition, presented by the Robotics Education & Competition Foundation, is a STEM activity for middle school and high school students (ages 11-18). Each year, an engineering challenge is presented in the form of a game. Students, with guidance from their teachers and mentors, use the VEX Robotics Design System to build innovative robots designed to score the most points possible in qualification matches, elimination matches and skills challenges. In addition to having a great time and building amazing robots, through their participation in the VEX Robotics Competition and their work within their team, students will learn many academic and life skills. 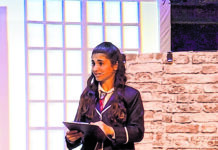 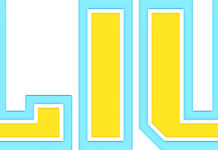