The Mid-Island Y JCC in Plainview invites youngsters from across the area to enjoy the flair or rock, Celtic and pop music, while singing and dancing to Graham’s original and traditional songs about playing together, sunny days, going to the beach and getting ready for bed. Graham also adds a variety of musical instruments to the stage, including the tin whistle and the glockenspiel. 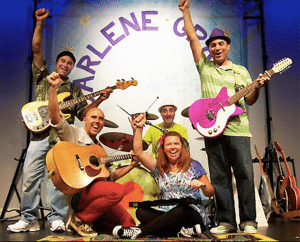 Graham has graced stages all over Canada and the United States as a performer of Celtic music and family music for more than 20 years and is a professionally trained musician and educator hailing from Newfoundland. Canada. Graham is a magnetic performer of traditional Irish music, has toured internationally with Celtic trio Le Ceile, performed in such stage musicals as My Fair Lady as Eliza Dolittle, appeared on Saturday Night Live, Sesame Street and performs children and family music on stages in preschools, libraries, theaters and festivals.

The gifted musician also performs solo and in many combinations with her band The Shades of Green. Graham sings, plays piano, flute, guitar, glockenspiel, tin whistle and recorder to name a few of her talents. She has composed music for schools and theater and has created Rockin’ Tots music program for little ears. She is a mother of three and she has a passion to create and perform music for children and their families. 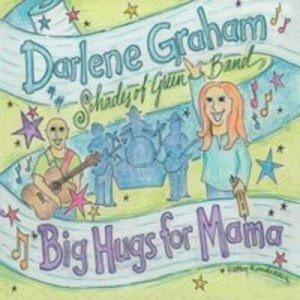 In 2008, she released a family friendly CD titled Everybody Dance and most recently released a new CD entitled Big Hugs For Mama. Kids and parents alike find themselves moving, singing, and dancing to the music. Graham is in demand as a popular performer as well as creator, and does more than 300 shows and classes per year in a solo and band format.

The concert is presented Early Childhood Center at the Mid-Island Y JCC, 45 Manetto Hill Rd. in Plainview. Tickets are $8 per person and $25 per family for members and $12 and $35 per family for non-members. To purchase tickets, call 516-822-3535 Ext. 360 or email mrosenbaum@miyjcc.org.