Marie R. Clare, age 90, died peacefully at her Florida home on July 8. The daughter of the late William A. and Corinne T. Stauble, she was born on June 4, 1925 in the Bronx. Survivors include one sister Francis Quinn from New Paltz, NY and four sons, Steven, Michael, Thomas and Richard Blaha as well as several nieces and nephews.

A lifelong journalist, she started as a chartist at AC Nielsen and went on to found the Syosset Tribune in 1958 as editor and publisher. She also worked at McGraw Hill, Suffolk Sun and other publishers in her distinguished career and received awards from L.I. Public Relations Assn. in 1963, for editorial excellence; New York State Press Assn. in 1965; and the Weekly Newspapers Editors award, 1963 and 1965.

In retirement, Clare lived her lifelong dream to travel all around the world by visiting 78 countries and many, many cities. She took particular joy in her personal relationships with her family and had a wide circle of friends and was involved in dance, politics and clubs. A desire for knowledge and understanding lead her to continually pursue courses in academia, even late in life, taking subjects like international economics, architecture and computers. Indeed, Clare will be dearly missed by all those whose lives she touched. 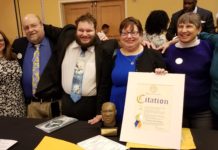