Cops arrested a Glen Cove man in Jericho last night for drunk driving while his 2-year-old sat unsecured in the backseat.

According to authorities, Juan Martinez Landaverde, 34, was involved in a car accident on Broadway near Manhattan Drive at 5:50 p.m. Upon arrival, cops found Landaverde was drunk—they also found his 2-year-old daughter in the backseat, in an unrestrained child car seat. 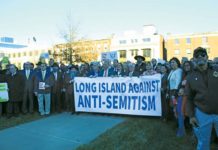 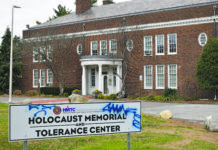