Alexandra Polidoro, a student at Our Lady of Mercy in Syosset, has won the 2014 Mercy Beyond Borders national video competition.

Because Mercy Beyond Borders is convinced that Where Women Learn, Women Matter, all of our projects with women or girls, whether promoting health, supporting economic development, or providing formal schooling and scholarships, include an educational component.

The theme for this year’s video contest was Scholars’ Leadership Training in South Sudan.  The judges noted that Alex’s winning video stood out with“smooth technique, use of stills and video, highlighting a way forward, and use of composed rather than pre-produced music.”

Alex was awarded a prize of $1000, which she has graciously donated back to Our Lady of Mercy Academy’s Fine Arts Department.  A donation will also be forwarded to Mercy Beyond Borders from the proceeds raised in the OLMA Cupcake Wars.

You may view Alex’s award-winning video on Mercy’s Youtube Channel by clicking here. 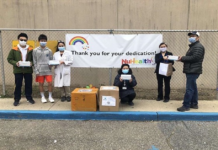 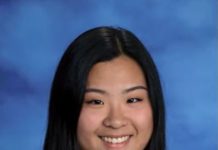